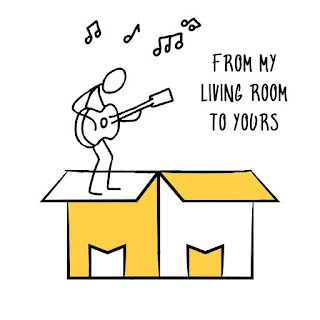 If you give me administrative access to any of these social media accounts, I can broadcast on them (simultaneously even, if desired). There are various ways to make a broadcast more or less public, depending on what platform(s) you use. I can do a concert, a webinar, or host an open mic -- whatever you have in mind.
Posted by David Rovics at 8:26 AM

YES!! DAVID PLEASE DO THAT ON MY FACEBOOK PAGE: ELEANOR OMMANI I AM A PATREON SUPPORTER AS YOU KNOW!! SO HAPPY TO SHARE YOUR INSIGHTFUL LYRICS...AND APPRECIATE YOUR CONCERTS DURING THIS PANDEMIC!! MUCH LOVE SENT TO YOU AND THE FAMILY!!

P.S. I AM CURRENTLY IN CLAREMONT, CALIFORNIA, STUCK HERE SINCE MARCH 5TH, WHEN I WAS SUPPOSED TO RETURN TO NEW YORK ON MARCH 15TH. BUT OLD MAO PROVERB: TURN A BAD THING INTO A GOOD THING, SO I'M WITH GRANDSON (5 1/2 YEARS OLD) AND DAUGHTER AND SON-IN-LAW AND LOVING MY TIME WITH THEM!!

AdVenture Capitalist is one of the most popular idle tap games on Android. It plays like a fairly typical tap game. You tap on the screen to earn money and then upgrade your business to earn more money passively. It is a large game with a bunch of stuff to upgrade.