Proposal: "A Penny A Play" Campaign

I was looking around on the internet today, and maybe I'm almost fifty years old and I still can't effectively use a search engine, but as far as I can tell there is no campaign happening anywhere in the US right now to drastically increase internet royalties for musicians.  But it seems to me that the future of independent musicians (and perhaps the music industry in general, not that I give a shit) may very well depend on such a law being passed. 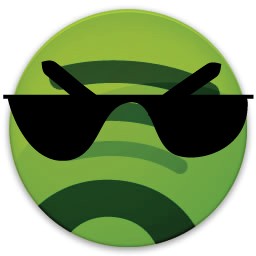 A law, you say?  Yeah.  The good kind -- one that a mass movement forces to get passed.  It'd be very unlikely to happen otherwise, unless we had, like, a democracy or something.  A law that says all online streaming services that are making money from advertising or subscriptions must pay at least one cent per song streamed, which would go to the artist or whoever holds the rights to the song.

OK, backing up slightly, it is laws that determine how much law-abiding streaming services such as Spotify or Google Play must pay artists for the use of their music.  According to a recent article in Fortune magazine I just read, they basically have to pay the artist a little more than one-tenth of a cent per song streamed.  And according to an article I read elsewhere, Spotify pays about what they legally must, and no more.  Other services, like Google Play, pay much better -- seven-tenths of a cent per song streamed.

The problem is, it's still shit.  In many other countries it's better, I think.  (Does anybody know the specifics on that?)

Why a penny?  It's a good, round number, for one thing.  It serves, I think, to highlight just how little musicians make from their music, when people discover that we're paid much less than a penny by streaming services today.  My hope would be that it could become a meme as much as an organizing campaign, that works its way into everyday consciousness, like the $15 minimum wage campaign, or the successful farmworker campaign a while back to make companies like Campbell's Soup pay one penny per pound more for tomatoes in order to allow the farmworkers that harvest them to make a living wage.

But also, it would make a huge practical difference in the lives of countless musicians in the world.  I don't know how typical I am as an independent musician, but I can certainly say for me that it would make the difference between streaming royalties being financially significant for me and my family, as opposed to more something of a joke.  Approximately the difference between $120 as it is now, and something closer to $800 if Spotify and the rest paid a penny per play.  (And I'm not saying that $120 as a number is a joke, but compared to the $1,000+ per month in CD sales that streaming services have now replaced, it is.)

Why not just get more famous and solve your problem that way?  In another article I read today, a mathematician calculated that in order for an artist to make the minimum wage solely through Spotify royalties, that artist would need to get 1.5 million plays per month.  There are only so many  people out there, even in the English-speaking world.  The $120 or so I get each month from the streaming services represents tens of thousands of plays each month, if I'm doing the math right.  That seems like a significant number to me.

The pie is only so big.  Only so many people are going to become pop stars, or become YouTube sensations with some outrageously viral video.  In our celebrity-obsessed culture we can all feel terribly inadequate for not having millions of views on YouTube.  And perhaps the "penny a play" formula should be adjusted for those who get more than a million plays per month, if that makes the math work a lot better in one way or another.  My concern are all of us who get a lot less than a million plays a month -- the 99% (or probably much more than that) of working musicians.

Technology is changing fast -- whole professions become obsolete overnight, or suddenly the bottom drops out of one.  Like CD sales being replaced by streaming internet services.  Of course, in between there was the "anything goes" period of sharing music, or stealing music, or both, or neither, depending on how you look at it.  I gave away all my music, and why not?  I never got on the radio to speak of, and here was a new way to get my music out there in a big way -- and perhaps undermine the broken music industry at the same time.

But now people mostly are getting their music from streaming services.  I don't know how they'd have to adjust their business model if they were required to pay a penny a play to artists, but I'm pretty sure the consequences for the music consumers out there would ultimately be fairly minimal.  (Especially if those who get more than a million plays a month continue to get much less than a penny per play.)

What saddens me is that there does not appear to be a campaign like this already in existence.  Am I just a dreamer who needs to come back to his senses?  Is what I'm proposing so impractical?  If not, then why isn't such a campaign already happening, led by, say, the national branch of the American Federation of Musicians?

Maybe folks running the union just haven't thought of such a campaign yet, but it seems to me the explanation might be the same kind of reason why what's left of the labor movement has been so slow to embrace service workers and the $15 an hour campaign.  When I get the monthly AFM magazine, I get the impression that the musicians that matter to AFM are the ones that draw a steady paycheck -- symphony musicians working for film studios and whatnot.

As with the $15 campaign, a campaign like this wouldn't be the sort of thing where the union would get more dues-paying members out of it, necessarily.  But it would be huge for the actual musicians out there.

Whether such a campaign happens or not, and whoever leads it, it won't be me.  But here's to the concept, anyway.  Feedback, particularly from other working musicians, most welcome.
Posted by David Rovics at 9:45 AM 3 comments: