Where Are All the Protest Songs? 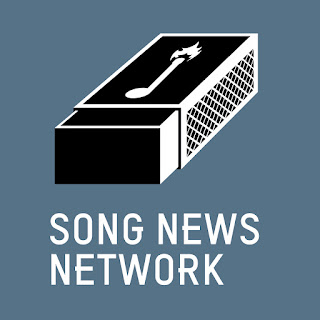 Once a year or so, some of the lazier journalists working for outlets like the New York Times, the Washington Post and the Guardian feel compelled to ask this question in a headline.  Or it could be their editors who are responsible.  In any case, between the editors and the journalists, they generally fail to answer the question.  Actually answering this question in the form of a news article is left to little-known independent media outlets such as Australia's Green Left Weekly.

But the much-vaunted investigative journalists working for these aforementioned trend-making publications in the English-speaking world's capital cities might be forgiven for their ignorance.  After all, in order to find out where the "protest singers" (the term itself is a derisive sort of thing invented in the 1960's to discredit the art form in question, but never mind) are these days, you have to look beyond the Billboard charts and turn off your local commercial radio station.

If these investigative reporters in New York, Washington and London did look beyond pop radio hits, perhaps they looked to the premier independent media collaboration in the United States, as it bills itself, the much-loved daily news and information show, Democracy Now!.  But if they're looking to this immensely popular show to answer this question for them, they should once again be forgiven for their ignorance, since according to my own year-long study of Democracy Now! music breaks, 83% of the songs played during the period of my study were by Grammy-winners or people who had a #1 hit.  And a majority of the artists played were dead.

But rather than just incessantly whining about this sorry state of affairs, I decided to do something about it.  I've actually been working at this in my free time for months, without telling you.  But I'm telling you now.  On May 1st, 2016 I'll be launching the Song News Network.

What, you ask with bated breath, is the Song News Network?

Well, the sky's the limit, but what it will be to begin with is a daily news feed on Facebook (yes, I know, but there are reasons) consisting primarily of songs by independent artists.  Generally songs topically related to something that just happened somewhere in the world (whether it was covered by media or not) and songs about something that happened on this date in history.

I have been collecting songs from most of my favorite artists (living and dead, but mostly living) over the past couple months, and will continue to do this.  I'm scheduling posts that will go out on the relevant date for songs about things that happened in the past that we would do well to remember.  Obviously for the songs about current news, songs will go up as soon as I hear about them.

If you like this idea and you want to help make it a success, there are things that you can do:


In terms of that last request, just to be clear, this is not an open mike.  It is curated by me, and I have all kinds of high standards for what I'll be putting up.  But I welcome all kinds of submissions of songs about current or historical events.

Given that the internet is largely divided along linguistic lines, and given that there is only one language that I speak with any degree of fluency, the songs that go up will mainly be in English.  (Please feel free to steal all of my ideas here if you want to create a similar network in another language!)  Given my musical inclinations and background, there will be a lot of acoustic guitars involved with this, especially in terms of the initial spate of songs I'll be posting.  However, please understand that I'm just as interested in submissions of hip hop or punk rock material as I am in more folky stuff.

Feel free to message me, submit songs, etc., on the SNN Facebook page or by emailing me at david@davidrovics.com.
Posted by David Rovics at 10:34 AM 2 comments: