I'm starting up a new real-life social group (that is, in the non-virtual world, otherwise known as physical reality) in Portland, Oregon. 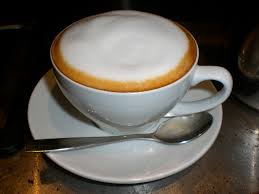 Every Tuesday afternoon that I'm not on tour, from 2-4 pm, people come over to my place in Southeast Portland to shoot the shit.  I'll be the barista.

I spend a bit more than half of each year on tour.  When I'm home, particularly in the evenings and on weekends, I catch up with my family.

During the weekdays, however, I'm mostly on my own, catching up on emails, writing, booking the next tour, playing music, etc.  Which is great, overall.  But I do end up with free time on weekday afternoons that I would like to share with other like-minded people now and then.  And I'd like to meet more of my neighbors.  Especially the ones who also have time free on weekday afternoons.

So if you're a fellow musician, artist, writer or someone who otherwise finds themselves with free time on weekday afternoons, drop me a line if you're so inclined.  Ideally by emailing me at david@davidrovics.com.  (But messaging me on Facebook, Twitter, Skype, etc., is fine, too.)

If/when I hear from a dozen or so people, I'll start hosting gatherings.  That's based on the assumption that if there are at least a dozen folks who like the idea, maybe a handful of them would show up on a given Tuesday afternoon.

I looked into whether there's anything like this on Meetup, and there isn't, as far as I can tell.  Thought about starting my own little group on Meetup, but you have to pay $10 a month, so I figured I'd just do it here...

Obviously if you yourself are not from Portland but you're passing through, or you know someone who lives in the Portland area and might like to know about this, feel free to share.
Posted by David Rovics at 2:48 PM