The Road to Ferguson: A Musically Annotated, Partial History of the US Police State 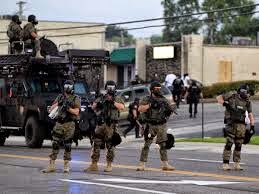 While it's a good thing that so many of these journalists evidently feel that the police practices they're observing (and falling victim to) are abhorrent, the fact that they're shocked by them belies the general bias of the corporate media. Where have these people been all their lives? Apparently not where I've been. They haven't been reporting on the bigger protests of the past years and decades, that's for sure.  (And they haven't been listening to my music or reading my blog.)  If they had been, they would realize that these kinds of police tactics are not the exception in the USA (and elsewhere) -- they're the norm.

So it occurred to me that at this point I'm in a pretty good position to give to all who might want one a musically annotated history of the US police state. 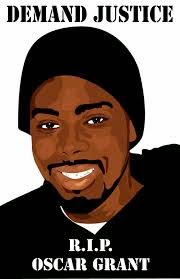 The police states of America systematically kill black people.  Mike Brown, Trayvon Martin, and Oscar Grant were three of thousands of US citizens who were simply killed for the crime of being black.

The police state is afraid of its people, especially its poorer, darker residents.  So when the people of majority-black New Orleans were dying, the police state shot them for stealing water needed to survive, from shops already abandoned and destroyed by flooding.  The police state uses tragedies to ethnically cleanse cities like New Orleans.

The police state is horrified by the specter of militant resistance, especially when its very popular.  When militant, popular organizations arise, the police state kills, shoots and jails their leaders and many of their adherents.  They had "shoot to kill" orders on Assata Shakur and all of her colleagues when they shot her on the highway in the police state of New Jersey, while her hands were above her head. 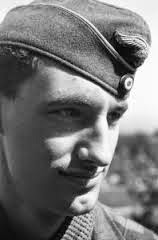 The police department in cities like Portland, Oregon are systematically racist in their approach to "serving and protecting" the public.  One of their recently-promoted officers, Captain Mark Kruger, is a known Nazi.  Studies of have shown that fascists in the ranks of police departments of the US and other countries is disproportionately common, compared to the rest of the population.

Collective punishment of large crowds of nonviolent protesters because of the actions of a few kids with rocks is the norm here.  The police state beat, gassed, arrested thousands and nearly killed several people during Occupy Wall Street.  Occupy Wall Street was an almost entirely nonviolent movement that was drowned in blood and choked in gas. 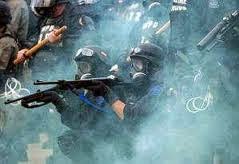 I have breathed tear gas in cities throughout the US myself, only in my adult life, to say nothing of times past and places I haven't been.  As a nonviolent protester, I have breathed the acrid gas-filled air in Miami, been clubbed by police in Pittsburgh, arrested and threatened with gang rape by police in the progressive heartland of Berkeley, California.  (And this is what they do to white people they don't like!)

In the police state, chiefs like John Timoney encourage illegal, brutal behavior on the part of their police.  But even when they lose millions of dollars to successful lawsuits won by victims of police misconduct, people like John Timoney get promoted.

The police state tortures prisoners around the world, very much including within the US, such as at Pelican Bay in California. 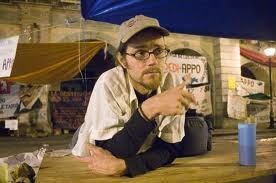 The police state is there to defend the property of the owning class.  They arrest people like Brad Will (who was killed by the police state in Mexico -- in the US he was only beaten and arrested) for living in an abandoned building, or for growing illegal vegetables.  The police state beats and arrests people for serving food to hungry people without a permit. 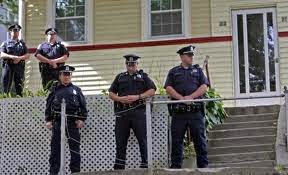 The police state systematically serves the interests of the big corporations.  The police state serves the banks and evicts people from their homes.  The Coast Guard was sent to Cordova, Alaska not to punish Exxon for their crimes against nature and humanity, but to break up the blockade of Prince William Sound by fishermen. 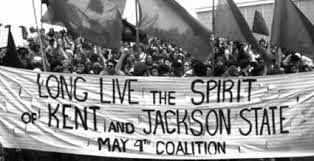 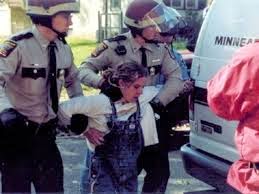 The police state comes in with guns drawn to arrest people nonviolently trying to stop a new highway from being built.  The police state burns down the houses of anti-highway activists who get in the way.

And the police state goes way, way back.  Soon after the American Revolution, the police state came down solidly on the side of the wealthy landowners and violently suppressed a three-year rebellion by tenant farmers in Massachusetts, including many veterans of the Revolutionary War, called Shays Rebellion.  A few decades later, the police state mobilized in large numbers in defense of one of the richest landlords in the history of the world to oppose another rebellion by tenant farmers, this time in upstate New York, called the Rent Strike Movement.

In the middle of the nineteenth century, the police state hunted down escaped slaves and sent them back to their masters.  In much of the North as well as the South.  The police state killed John Brown and his followers for fighting to end slavery. 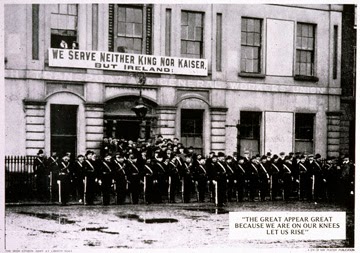 The police state systematically lies in order to garner support for its wars.  When necessary, the police state jails, lynches and executes those who refuse to fight, particularly during World War I and the Vietnam War.

Soon after World War I, the police state was beating, arresting, and massacring union coal miners, their families and supporters.  The police state of West Virginia was holding a hundred miners with no charges, and eventually there was a rebellion in West Virginia of coal miners against the state and the coal operators.  Every cop in the state of West Virginia lined up alongside the authorities.  The precursor of the US Air Force flew in and dropped bombs on the miners. 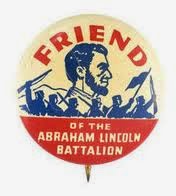 Then again in the following decade, the 1930's, the police state massacred or attempted to massacre nonviolent protesters in San Francisco, Seattle, Portland, Washington, DC and many other cities.  World War I veterans were shot and killed, their protest encampments burned by troops under the command of one Douglas MacArthur, the future general who would command the US troops in the war with Japan. 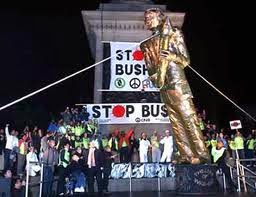 But they and the corporate elite that they serve are always afraid of the people they police.  They know, to varying degrees, that they are governing over a powder keg.  They know that if the spell is broken and a militant, popular, well-organized mass movement gets its footing, everything can change very quickly.

You can listen to all of the songs I linked to in this piece in the Road to Ferguson playlist on Soundcloud.
Posted by David Rovics at 9:00 PM

Fabulous compilation of history, thanks, nice to see concise, clear info, easier to share with others.

Thanks, can't wait to hear the music. Glad you are going to Ferguson, for all of us who want and would go, if they could, physically and/or financially.

Know great new music to come. Your work is appreciated on this, Palestine, etc, etc, etc....