Why a CD of songs about Palestine?

I thought I'd back up and give a little overview, for whatever it's worth, about why I'm putting out this CD, Falasteen Habibti.  (Additional "because" statements welcome!) 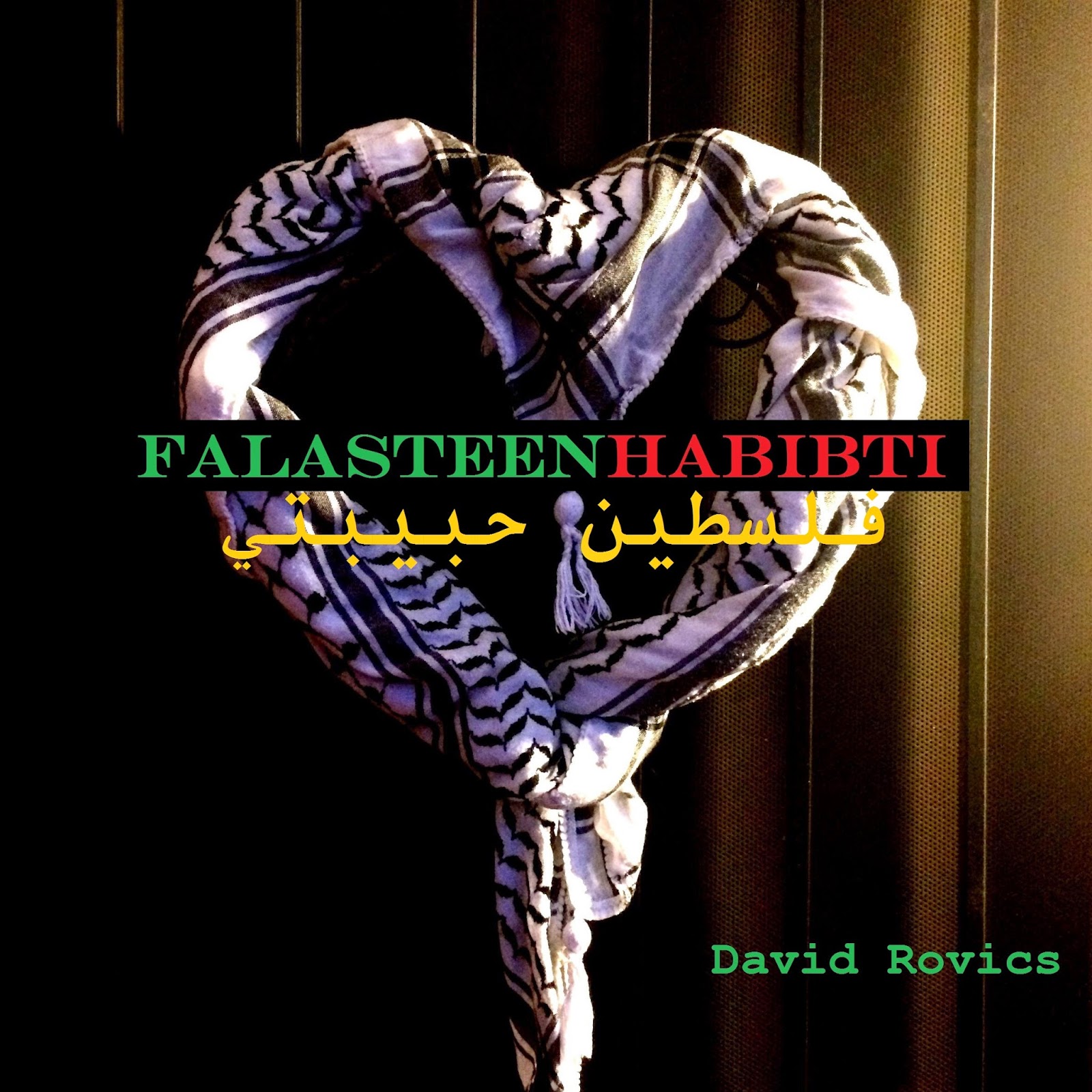 Why be an activist?

Because life could be so much better. Because we'll soon go extinct if we don't change everything. Because humans and other animals are beautiful and shouldn't go extinct. Because sitting idly by is depressing. Because it feels good to do something. Because we inherently want to help each other, and that's a good thing. Because the really cool kids are at the demos.

Why write songs about the news and stuff like that?

Because we need to reach hearts and minds at the same time. Because words, when sung, go straight to the emotional centers of the brain. Because people can learn from and listen to songs in a different, and generally better, way than the way we listen to other things. Because a song is the fastest and most effective way to transport someone to a place they've never been. Because people just don't know about a lot of this stuff. Because they'll listen to a song much more readily than they'll read a book or buy a plane ticket to a war zone. Because the rhetoric just turns people off, but songs can slip under the rhetorical radar.

Why write songs about Palestine?

Because it's all very personal, so it's easy to write about. Because Palestinians are people, and people matter. Because the corporate press lies about it every day, and someone has to say something. Because almost no one else is doing it (in English). Because other people are scared or ignorant, and music is the best antidote for both of those things. Because I didn't want to play at your stupid festival, anyway.

Why these particular songs?

Why make a CD with only songs about Palestine?

Because for over a decade people have been asking me at shows if there is a CD that just has all my Palestine songs on one CD. Because I'm finally getting around to it. Because the bombs are falling faster than ever, and I feel even more than usual like something has to be done. Because music is important, and therefore CDs are important, because a lot of people still don't listen to music any other way. Because a CD or other actual physical thing can work well as something to sell to raise money, and I wanted to have some kind of vehicle to raise funds for the Independent Middle East Media Center.

I have a statement to the right of my desktop that echos your "because" statement. "Why should I protest? I live such a comfortable life. WHAT? You say my taxes are doing THAT?"

I think you should refer to and install additional songs below to make your post the best:

Your writing is not very attractive without my music. The music I'm talking about here is quite interesting. Music helps us relax. This is where there are so many genres of music that I would like you to refer to and install: https://ringtonedownload.in/

Wish you have your favorite song. Thank you!

Hi everybody.
Currently most of the device users are using the default ringtone and they are lazy to change that. Download the most unique, novel and attractive ringtones for iPhone or Samsung.
If you want to search for other categories, please visit my homepage:
https://zigtone.com/new-ringtones/
Thank you everyone.