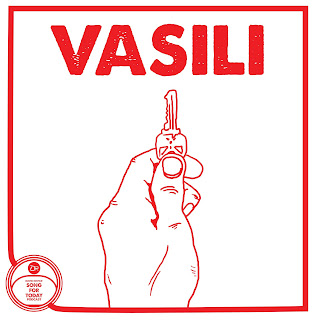 Greetings from the Cooley Mountains of County Louth, Ireland, where I'm in the midst of an album recording project which is going brilliantly. Here's a little update on the project, from day 3 in bandit country.

Speaking of bandit country, I've got one gig in Ireland during my week here, along with the fabulous producer of this album project, Pol Mac Adaim. Both Pol and I will be playing with trios at Ma Bakers pub in Carlingford at 10 pm on Tuesday.

From November 1-21 I'm doing 11 gigs all over Scotland and England. Ticket sales for some of them have been slow, organizers report. So if you happen to know anyone somewhere in Scotland or England who might be interested, please tell them about my impending visit -- www.davidrovics.com/tour. In England I have several gigs in and around London, along with Worthing, Liverpool, Middlesbrough, and Hawick. In Scotland I'll be playing shows in Dundee, Edinburgh, Aberdeen, and Glasgow.

Before coming to Ireland a few days ago I was zipping around Germany, having a lovely time doing concerts for great crowds and singing at protests of various sorts. On a number of occasions, there were people recording things. Here's a nice audience recording of my show in Berlin which I've posted on Soundcloud. On YouTube I put up a video of me at a Hands Off Venezuela rally. A very short concert in a squatted building in Freiburg that ended due to a police visit was recorded. My concert at the Hambach Forest was livestreamed on Twitter and is archived there.

Before leaving for Europe, I played at a fine gathering of rabble-rousers in southern Illinois, who had come in from all over the US, and occasionally even further afield. I spent a big chunk of the weekend talking with Mike Africa, Jr. Mike is a great performer, a hip-hop artist, as well as a powerful public speaker. His life has been fairly exceptional in many ways, beginning with the fact that he was born in prison, where both of his parents spent his first 40 years. I'm putting out feelers for Mike and I to do a tour of Europe throughout the month of April. Perhaps Scandinavia, if there's enough interest, but it's open to the possibilities. Anyone who might be inclined to organize something in your town, please reply to this email sometime soon.

The artwork up top is one of many that have been made specially for most of the upcoming episodes of my Song For Today podcast. The latest is about Vasili Arkhipov, and how he saved the world on October 27th, 1962. Search for Song For Today on any podcasting platform, or click the graphic up there to hear it.

Lastly, on the first Sunday of November I'll be doing a livestreamed broadcast from Glasgow, Scotland. It'll be me and two of my musical collaborators on my upcoming album, Lorna McKinnon and Kamala Emanuel, broadcasting from Lorna's living room. So that'll be Sunday, November 3rd at 8 pm Glasgow time, noon Pacific US time, 3 pm in New York, 9 pm in Berlin, visible simultaneously on my YouTube channel and on Facebook, Twitter and Twitch.

Hope to see you on the road and in the streets! Please tell folks about my upcoming gigs in Ireland, Scotland, and England!
Posted by David Rovics at 4:27 AM

Thank you for sharing this piece! It is very helpful and informative. Would love to see more updates from you.