Some Thoughts on Effective Communication


OK, I've been mulling this subject over for a long time without blogging about it, but here goes.  I think terms like "white privilege" and "male privilege" are, at best, useless, and at worst, counterproductive.  The main reason I say that is because I'm pretty sure most people don't understand what the terms are supposed to mean -- and the people using the terms usually just keep the confusion going. 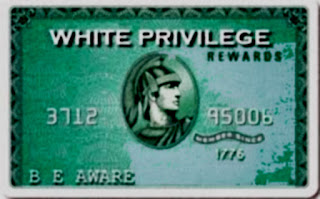 I rarely use words like "anarchist" or "socialist" by themselves because there are too many different ideas people have in their heads about what those words mean.  A two-word description of one's politics can be slightly better.  Like if people think "Stalin" when they hear the word "socialist," if you add "democratic" to "socialist" then people probably don't think "Stalin" anymore.  But adding "white" or "male" to the word "privilege" still leaves lots of people in the dark.

I think words like "racism" or "sexism" are helpful because they clearly are referring to discrimination against people based on their race or sex.  I think most people understand these concepts.  They'll disagree on the particulars -- how extensive these problems are, how to solve them, etc., but the basic concept is clear in the words themselves.

As far as I can tell, in the terms "white privilege" and "male privilege" and other words that people put before "privilege," we are meant to understand that we are talking about comparative privilege.  That is, the privileged group or person in question is privileged in comparison with those who are discriminated against.

But we live in a society (in the US, anyway) where there is a vast confusion over the very concept of class, so calling people "privileged" (whether we're talking about comparative privilege or not) just adds to the confusion.  I mean, the average white American living in a trailer who has at least seven remaining teeth will almost always refer to themselves as "middle class" or "lower middle class."  If they're middle class, then how do we describe someone with an office job who can afford to see a dentist now and then, and can buy a house with a basement and plumbing in it?  Rich?

So the term "middle class" is also meaningless, since it has way too many definitions.  What tends to really add to the confusion is that so many of the college students, professors and NPR hosts who constantly throw around these terms involving the word "privilege" actually did grow up really privileged, by any standard.  I know what this privilege looks like -- I grew up in a town where the vast majority of the population lived in big houses, drove new cars, took ski vacations with the whole family every winter, bought a car for their kids when they turned 16 and then paid to send them to private colleges, from which the kids graduated and then went on to business or medical school like their parents.  But that's not how most people grow up -- of whatever color or gender.  Most people in the US aren't privileged like that.

Does racism and sexism exist?  Are they massive problems in our society?  Hell, yes.  So then let's take on the perspectives, behaviors and institutions that perpetuate racism and sexism in a way that communicates what we're actually trying to talk about.  But if you throw around the word "privilege" without defining it every time, you're just making confused people more confused.  If someone living in a trailer thinks they're middle class, how are they going to react to being told they're also privileged?  (I mean, other than by voting for Trump?)

As someone who spends half the year traveling for a living, I've gotten out of my bubble a bit.  I still hang out in fancy suburbs for a few days in a given year, but mostly not.  And I spend a lot of time outside of the US.  Sometimes it can be helpful to think about a situation as it is somewhere else -- just try to imagine.  For example, it's pretty widely known that people of color face serious discrimination if they live in Siberia.  But is anybody in their right minds going to go around saying that the white Siberians are privileged in any sense of the word?  No, it would be patently ridiculous.

But for a lot of people going to private liberal arts colleges or hosting NPR shows, the Siberians might be about as distant a concept as the West Virginians or Nebraskans.  Plain and simple, most people in this country are suffering in very obvious ways -- primarily because we live in a corrupt country run by kloptocrats who spend half of our taxes on wars, and paying off debt they ran up spending money on wars in prior decades.  We have virtually no welfare state, millions living on the streets or in tents or shelters, etc.  The corporate/liberal media generally prefers to ignore these basic structural problems, and focuses instead on the minor differences between the two ruling kleptocratic parties, particularly when it comes to race, gender and sexual orientation.

Historically, the reason they focus on these issues is not because they're real and need to be addressed (which of course they do), but because they're convenient ways to divide and conquer the population.  That is, as long as you can get people pointing fingers at each other for not fully understanding the extent of our relative states of privilege -- as long as that gets to be the parameters of the debate for a lot of people and media institutions -- then we're a lot less likely to point our fingers at those with the kind of privilege that doesn't need to have words like "comparative," "white" or "male" stuck in front of it in order to make any sense.

To be crystal clear (I hope), in preparation for the possible deluge of criticism I'm going to receive sometime after I click the "Publish" button up there:  I am by no means saying here that class is more important than race or gender.  In the US, class and race are inseparably intertwined, and this is by design, since around the time the English colonists first arrived several hundred years ago.  What I am saying is that in the process of tackling these endemic problems in our society, we need to communicate effectively and use terms that help us to understand the structural nature of the problem, rather than obfuscating it.
Posted by David Rovics at 11:12 AM

I don't think concepts like white, male privilege divide us. They are made to make us white and/or folks more aware. The most useful concept along those lines is white, male supremacy. Many white males in trailers voted Trump in order to regain such privilege they perceive is slipping away.

I agree with Free-Behind-My-Mask that that's the intent. Alas, it's not the effect. The problems with the theory have been known for decades. In “An Examination of Anti-Racist and Anti-Oppressive Theory and Practice in Social Work Education”, Marie Macey and Eileen Moxon wrote, "if one compares the structural position of a white, working class, homeless male with that of a black barrister, would the statement that ‘only whites have power’ make sense or be acceptable to either of them?"

And thinking primarily in identitarian terms can lead to misunderstanding Trump's support. As noted in "You Are Still Crying Wolf" at Slate Star Codex: "Trump made gains among blacks. He made big among Latinos. He made gains among Asians. The only major racial group where he didn’t get a gain of greater than 5% was white people. I want to repeat that: the group where Trump’s message resonated least over what we would predict from a generic Republican was the white population."

Thanks for those extremely illuminating comments, Will Shetterly!

This is a very good post .Thanks for letting us know some good tips . I
like your many articles it will help not only me and also many newbie CSUF Guide